To understand water on Sonoma Mountain, it helps to understand stone.  The mountain resembles a layer cake of rocks ranging in age from 10 million years old at the base to 3 million near the top. Over the rocks rests a thin skin of modern river gravels, slumps of loose rocky debris and soil (known popularly as landslides), and oak-fir-redwood woodlands in a mosaic whose character depends in part on soil moisture.

The key to water on the mountain is the variability of the geologic and overlaying material: some rocks and soils store water better than others, some tend to spill it out, and from the latter, surface flow is born (including what we call springs).

It all begins with rainfall. In Sonoma’s coastal climate – with cool, wet winters and hot, dry summers, with only rare snowfall – most of the 12 to 50 inches of annual precipitation falls as rain.  Over 95 percent of rain falls from October to April.  Once a raindrop hits the ground, it is taken up by soil or rock, or it is helped by gravity down the mountain as overland flow on slopes or in stream canyons.  Rocks and soil hold varying amounts of water depending not only on their innate character but also on steepness of slope and aspect (the compass direction they face).

The mountain consists largely of a geological formation known as the Sonoma Volcanics, which covers nearly half of the Sonoma Valley.  The formation is highly variable. In the Coast Ranges immediately north of San Pablo Bay, the volcanics comprise both airborne ash consolidated into tuff and flow rocks of varying viscosity from basalt, andesite, and rhyolite lavas.

Throughout the county, protecting the quantity and quality of the groundwater is a key concern.  In recent years, pumping depressions (where groundwater is drawn down faster than it is recharged) have developed.  Recharging groundwater – that is, replenishing it – occurs primarily from the direct precipitation and seepage from creeks into surrounding geologic layers.  Recharge is spotty on Sonoma Mountain due to steep sloped and slumped material from which moisture drains quickly.

Overtaxing our water supply on the mountain will result in shortages in all areas, potentially leading to disputes and legal actions.  Water issues promise to intensify as climate changes: given hotter, drier, longer summers, issues of storage, pumpage, and use are all being re-evaluated and need full attention by all.

Climate Change
A steady change in climate patterns has been underway in our region for about a century.  As it gets warmer our summer season grows longer; spring comes earlier.  Night temperatures are rising faster than those of summer days.  Anecdotal evidence suggests we are experiencing increased droughts and severe storms that cause flooding and trigger landslides like the one that closed Sonoma Mountain Road from 2006-2009. 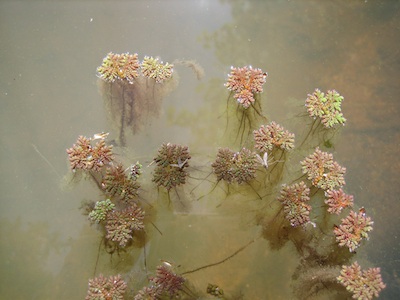 As scientists create models of potential future climate and hydrology for our region, two likely scenarios emerge.  Both indicate that it will continue to get warmer but the behavior of rainfall is less predictable.  Some models predict we could experience less overall rainfall; others indicate there could be more.  Either way, higher temperatures mean higher drought stress on the land during our dry summers.

Plant communities will change slowly, to habitats more suited to drought: annual grassland and chaparral will dominate where there were once forest and savannah; redwoods and other water-loving plants will survive only in moist “refugia” or areas of less change.

Fires are likely to be more frequent; with fire will come more rapid change, such as erosion and invasive species.

Land stewardship and management practices can help keep water in the streams and soil on the land and increase production of forage for cattle and native species.  On rangelands, for example, timing grazing to reduce soil compaction and encouraging perennial native grass species with deep roots to anchor the soil and feed cattle throughout the year (as opposed to annual grasses with shorter roots) result in bottom-line improvements. In some cases, streams that were dry in summer now run year-round.

Environmentalist Aldo Leopold defined Land Ethic as enlarging the boundaries of community to include soils, waters, plants, and animals. This change in ethics, he said, is the next step in our evolution. That change is upon us here on the mountain.

Where the World Begins: Sonoma Mountain Stories and Images draws you into our inspiring natural treasure at the heart of southern Sonoma County. IPPY Award 2020, local bestseller, and rave reviews!  Two purchasing choices below:

The Turning of the Year on Sonoma Mountain. Our J

Our annual journal was sent out a couple weeks ago

Community meeting THIS Thursday. This could be our

Have you ever seen anything like this on your walk

Check out these photos of our board members visiti

Have you ever seen the nighttime Petaluma cityscap

Did you get a chance to read our newsletter yet? A