Sonoma Mountain is part of the ancestral homeland of the Coast Miwok people, and figured prominently in their creation story. Through trade and marriage, they had close ties with their neighbors, the Pomo and Wappo peoples. These native peoples hunted and fished; they pruned the oak trees to bring abundant acorn harvests; they tended plants to provide material for elaborate baskets; they held ceremony at Tolay Lake and elsewhere; and they used fire as a tool to keep the land open and provide plentiful forage for deer, elk and antelope. Since its creation, the face of Sonoma Mountain has been transformed by both natural forces and human endeavors.

Two centuries ago the mountain was more open than it is today, and supported a rich mosaic of grasslands, chaparral, oak woodland, redwood groves, stands of Douglas fir and other mixed forest. 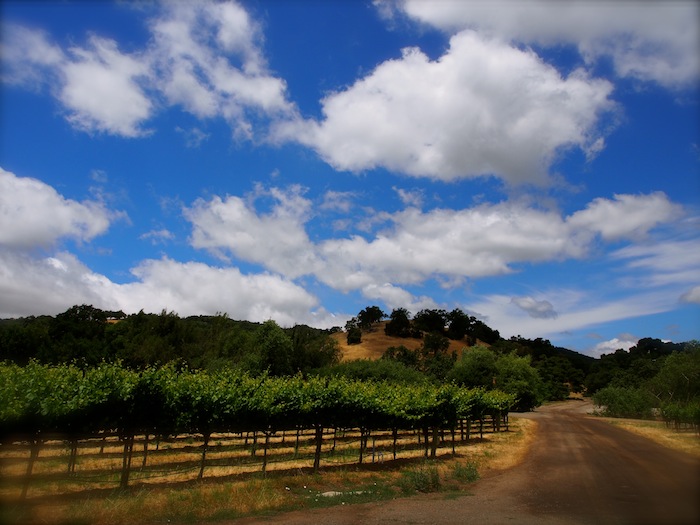 With the arrival of Europeans in the early 1800s, southern Sonoma County became the farthest outpost of the Spanish Empire, facing the Russian settlements along the Sonoma Coast. After Mexico gained independence, Sonoma Mountain was at the center of the vast landholdings of General Mariano Vallejo. Historic buildings of that period have been preserved at the Petaluma Adobe and Sonoma Barracks, both part of State Historic Parks.

The Mexican settlement in 1823 brought dramatic change: General Vallejo built the second sawmill in California near present-day Glen ellen. Large redwoods and Douglas firs on the eastern slopes became timber for the growing pueblo of Sonoma. On the west side of the mountain, Vallejo built his Petaluma Adobe and ran huge herds of cattle as well as sheep and horses.

The late 1840s brought California’s brief independence (the Bear Flag Rebellion of 1846), then annexation to the United States, followed by the Gold Rush, which brought thousands of newcomers to Northern California. Homesteaders and ranchers came to Sonoma Mountain, which also saw some mining activity for coal and other minerals during that period.

New immigrants worked at Vallejo’s mill, or made shingles and fence posts; others, perhaps arriving by wagon train, tried to farm the slopes of the mountain, cleared by logging. During the Gold Rush the mountain supplied lumber for San Francisco but by 1855 the timber had been mostly logged off and the lumberjacks and mill hands moved on.

In the early 1900s, writer Jack London purchased and lived on a large ranch on northeastern Sonoma Mountain. His ranch is preserved as Jack London State Historic Park, whose 800 acres account for the only public parkland on the mountain at present.

In the mid-19th century the foothills were described as “covered with cattle at all seasons”. Tanneries girdled the tan oaks for their bark and left whole forests dead and standing. Settlers planted vineyards on the the slopes and dammed streams to provide water for Glen Ellen and El Verano. One of the first fish hatcheries in the state began on Graham Creek in 1880. With the arrival of the railroads, settlers cut oak and madrone in greater numbers and shipped huge quantities of charcoal and firewood to San Francisco for heating and cooking. By 1900 the upper mountain was almost devoid of trees.

Jack London described the area at that time as “poor, worked-out, eroded hillsides.” The bankrupt farmers who sold him their land had given up and “lost their money, broken their hearts, lost their land” according to London. His dream, only partly realized when he died in 1916, was to restore the land and develop his Beauty Ranch into a model farm.

In the second half of the 20th century land use on Sonoma Mountain slowly changed again. The last large-scale logging took place in 1955. Today forests once more cover most of the eastern slopes.

The first protection of mountain lands came with the creation of Jack London State Park in 1961.

In the 1990s, the concept of a Wildlife Corridor—connecting Sonoma Mountain to the Mayacamas Range and beyond—was introduced as a way to keep the mountain from becoming a biological island. Since then, land acquisitions have focused on both people and wildlife access, to the benefit of all.

In the intervening years, many new trails have opened on the mountain: the North Slope Trail and East Slope Trail, both with connections to Jack London State Historic Park, and Tolay Regional Park at the southern end of the mountain. In process are a 750 acre addition from the Sonoma Developmental Center, and the city of Petaluma’s Lafferty Ranch.

SMP sees Sonoma Mountain as a valuable, wild treasure at the heart of southern Sonoma County. It is a place for human renewal, regeneration, and hope. The mountain is a locus for climate resiliency with water and carbon storage in the forests, and floral and faunal diversity. Like Jack London, SMP works “to leave the land better” for future generations. More on SMP history.

Where the World Begins: Sonoma Mountain Stories and Images draws you into our inspiring natural treasure at the heart of southern Sonoma County. IPPY Award 2020, local bestseller, and rave reviews!  Two purchasing choices below.