For over 100 years the Sonoma Developmental Center (SDC) near Glen Ellen has provided a safe and secure place for the developmentally disabled. Now SDC faces certain closure by the State. The only question is how long the institution will remain open.

An impressive coalition of stakeholders is working proactively to preserve the 800 acres of undeveloped land and find creative ways to serve the remaining population. The coalition grew out of ongoing efforts by environmental groups to save the only remaining wildlife corridor left in the Valley, and by the parent group to ensure care for their family members.

What Is the Status of SDC?

A moratorium on admissions has reduced the population served at SDC approximately 500 people who are the most fragile or have multiple impairments. SDC is the largest employer in the Valley, including many workers with skills found nowhere else in the state. 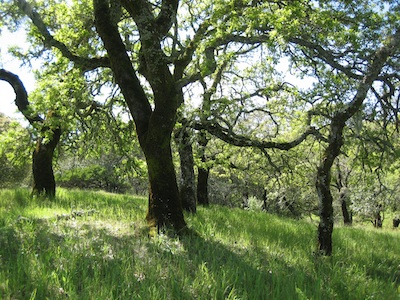 SDC’s lands connect Sonoma Mountain and the Mayacamas Mountain Range on the eastern   slopes. SDC is the linchpin. Its valley floor lands are largely undeveloped. SDC covers 1000 acres, including the 200-acre footprint of buildings and 800-acre wildlands.

Some of the several hundred buildings in the footprint of SDC are architectural gems. Some are medical clinics and labs, Some are the resident’s homes. Some serve as schools, sheltered workshops, and recreational centers. SDC also includes a farm run for the clients, and two community-used fields for soccer and baseball. The area is laced with trails that have been used for a century by generations of Valley residents. Two lakes store water for irrigation and client use.

Future use of these buildings is a concern of the coalition. Numerous options for an expanded health facility for people with special needs are being discussed, and will be proposed to the State.

Who Is the Coalition?

Coalition members have been working closely with Department Directors in Sacramento, attending meetings, and keeping a close watch on developments. Senator Evans has introduced SB 1428, a bill to protect the wild lands. More bills are in the hopper.  Sonoma County Supervisors will soon receive a briefing on the ongoing developments.

In 2000, State plans to surplus some acres of old SDC orchard for a vineyard lease or certain sale to developers prompted a general meeting of citizens in Sonoma Valley. Led by SMP and other local groups, several hundred people with strong commitment to preserving SDC upper lands convinced then State Senator Mike Thompson to introduce a bill to ensure that the upper lands would be saved for open space. Over 600 acres of undeveloped lands at SDC were deeded between 2000 and 2002 to State Department of Parks and Recreation, which then added these acres to Jack London State Historic Park.

In the coming months there will be a community meeting to engage support for the efforts of the coalition. We invite you to join in the effort we know is to come!