SMP has championed preservation of open space on the mountain from 1993 to the present. It organized the community to prevent development on critical mountain parcels, including:

The group also drafted and proposed an ordinance to protect the visual integrity of Sonoma and Taylor mountains and presented it to the County Board of Supervisors for their approval (1996 – 98). SMP created and funded and published a brochure informing the public of the new development guidelines. SMP lobbied to extend development guidelines to the Mayacamas as seen from Sonoma Valley, and to improve aspects of the guidelines; the county approved the inclusion of the eastern region and other changes (May 2011).

Encouraged county to add Mayacamas Mountains to the guidelines. Board of Supervisors merged all three areas—Sonoma Mountain, Taylor Mountain, Mayacamas—into one ordinance with added restrictions in 2012.

Published for wide distribution “What Every Property Owner Needs to Know”, a pamphlet containing the design guidelines for Sonoma Mountain, Taylor Mountain and the Mayacamas Mountain Range. (2012)

County Board of Supervisors awarded SMP with a Gold Resolution.  (2011) 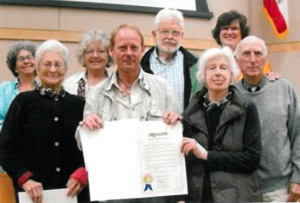 Participated in ongoing review of General Plan 2020 update (2005 to present) as part of coalition of environmental organizations coordinated by Greenbelt Alliance.

Continued to update Sonoma Mountain parcel map and database with assistance from the Sonoma Ecology Center. Approximately 1000 parcels of 5 acres or more, within SMP’s area of interest, are identified in the database. (2002, 2004, 2007, 2009, 2011)